Priests and seminarians of OATH, who will be saying
the High Masses

Father Arellano of EWTN fame will be conducting a retreat in the Atlanta Archdiocese on May 10th and 11th at the Doubletree Hotel in Roswell Ga. As part of the weekend retreat Father will celebrate two High Latin Masses on Saturday and Sunday. The masses are expected to be at 2:00 pm Saturday and 2:00 pm on Sunday. For details on the retreat see www.allianceoftwoheartsgeorgia.com 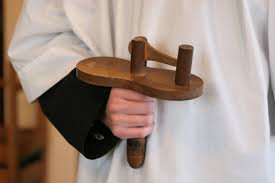 THE ONLY TRADITIONAL HOLY WEEK IN THE STATE OF GEORGIA

The Holy Week liturgy schedule is as follows at St Francis de Sales in Mableton. All liturgies will be in the Solemn Form. For Directions see www.francisdesales.com

Palm Sunday
9:00 am Solemn High Mass with blessing of palms and procession. Meet in the gym to start the mass. To take a palm you kneel down in front of the priest then kiss the palm branch and then kiss the priests hand, then take the palm. The procession will end up in the church for the completion of the mass

Maundy Thursday
Confessions 6:30-7:30 pm
Solemn High Mass of the Lords Supper 8:00 pm with Mandatum (foot washing) of 11 men and one teenage boy who represents St John, stripping of all three altars, translation of the Blessed Sacrament to the altar of repose, Office of Compline is sung and then adoration at the altar of repose until midnight

Good Friday
confessions 1:00-2:00 pm
Mass of the Pre-sanctified 3:00 pm, (during adoration of the cross you remove your shoes to approach the crucifix)
7:00 pm stations of the cross

Holy Saturday
confessions 10:00-11:00am, 7:30-8:30pm
The Great Vigil 9:30 pm, meet in the parking lot at the Easter fire. May want a small flash light because there is only candlelight used until the Gloria is intoned.
Posted by Una Voce of Atlanta at 2:35 PM No comments: 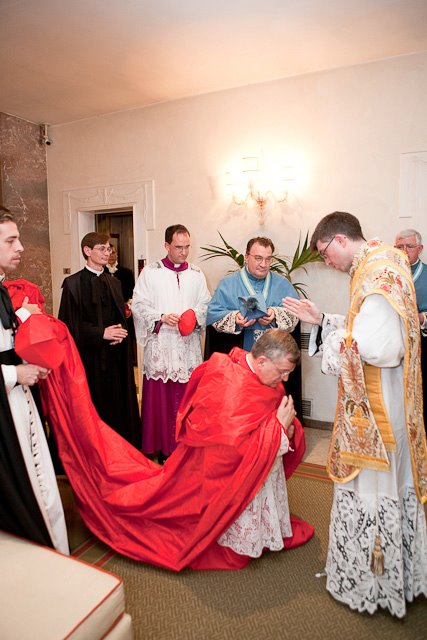 
EWTN has announced the debut of Extraordinary Faith, a television series showcasing the beauties of Sacred Tradition and the Tridentine Mass. Episode 1 was filmed at the historic Mission San Juan Capistrano in California, located about one hour south of Los Angeles.

Episode 1 includes some background information about the series, as well as an interview with George Sarah, a Hollywood composer who was asked to become president of Una Voce Los Angeles after he organized a number of special high-profile Tridentine Masses in historic churches. Joy Lanfranchi of Una Voce Orange County discusses the annual Lenten Pilgrimage from St. Michael’s [Norbertine] Abbey to the Mission, culminating, not surprisingly, with a Latin Mass.

DVD copies of this and every episode of Extraordinary Faith will be available for sale from EWTN’s Religious Catalog. Our contract with EWTN also permits us to post each episode on our web site, one month after it debuts on the network. Beginning Wednesday, May 14, 2014, Episode 1 will be available for viewing on www.extraordinaryfaith.tv. Please note that the site is not yet up, but will go live no later than Tuesday, April 8. At that time, you will be able to view a trailer introducing the series on the site.

Over two years in the making, Extraordinary Faith was co-founded by two veteran promoters of traditional liturgy: Executive Producer, Writer, and Host Alex Begin, a long-time organizer of Latin Masses in the Archdiocese of Detroit, Michigan and the Diocese of London, Ontario, Canada; and London, England-based journalist Mary O’Regan, who served as Writer, Producer, and Co-Host on the first two episodes.
Posted by Una Voce of Atlanta at 6:36 AM 1 comment: