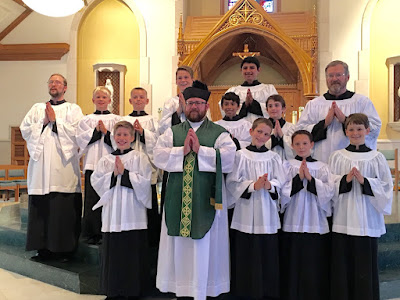 The Augusta Latin Mass Community organized a Missa Cantata at St Mary's on the Hill this past Sunday. The mass was celebrated by Father Firmin who is the Vicar General of the Diocese.  The mass was a huge success with over 200 people in attendance. Many young families and children were in attendance. The mass was preceded by the rosary in Latin and was followed by a reception. The Faithful were provided with missals, and the English translations of the propers. The schola was incredible and it was obvious they have had many hours of practice. Also a big thanks goes out to the young men who served the mass and their parents who brought them to the practices. The next mass in Augusta will be at 2:00 pm at the same church on Sunday November 20th. Please put this date on your calendar and bring a friend to the mass. Traditional Catholics of Augusta will also get together for dinner on Saturday November 19th at 6:30 pm at Olivianas Restaurant 399 Highland Ave Augusta Ga 30909. Please come and make friends who share your interest in the Catholic Faith. Should you be interested in singing in the schola, becoming an altar server, usher, or to help in any way please contact: 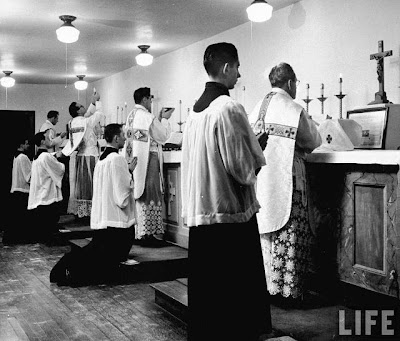 The schola at St Francis de Sales in Mableton will take the month of July off for vacation, therefore ALL masses in July at this parish will be low masses. If you are planning a visit this summer and want to experience a high mass please come back next month. High masses resume at 11:30 am Sundays in August.
Posted by Una Voce of Atlanta at 9:27 AM No comments: