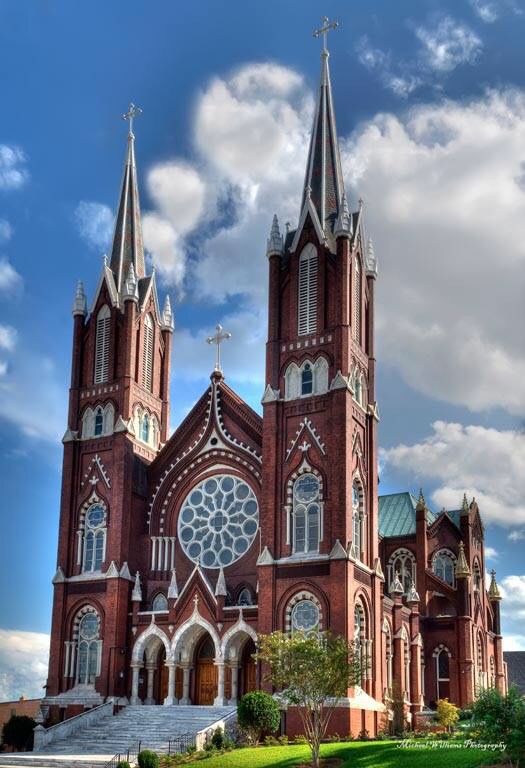 NO LATIN MASS FOR AUGUST IN MACON
The monthly 2:00 pm Latin Mass for August is canceled in Macon due to the Wuhan Chinese virus. Therefore the mass for Sunday August 30th for the 13th Sunday after Pentecost at Saint Joseph's in downtown Macon is cancelled. When the pandemic ends, the mass will return at 2:00 pm on the last Sunday of each month.
Posted by Una Voce of Atlanta at 9:35 AM No comments:

Homeschoolers at FSSP parish in Mexico
FSSP HOSTS TRADITIONAL CATHOLIC HOMESCHOOLERS ATLANTA ARCHDIOCESE
Homeschooling Meetup-Sun, Aug 2:  Adults are invited to a homeschool meetup on Sunday, August 2 from 1:30 to 2:30 in the parish hall. The purpose of this meeting is to discuss curriculum and to support each other. We will review curriculum for elementary, middle, and high school. Several parishioners will discuss the curriculum that they use. All are encouraged to RSVP, but depending on the number who want to come, we might have to divide into more than one meeting, in different rooms (to respect the limits on numbers of people gathering). If necessary, each presenter will go from room to room and present the curriculum information. Please RSVP by July 31 to Denise via email: homeschool@gt9.org
Location of Meeting:
St Francis de Sales Catholic Church
587 Landers Drive, Mableton, GA 30126
Website: www.fsspatl.com
Office: 770-948-6888

Posted by Una Voce of Atlanta at 10:09 AM No comments: 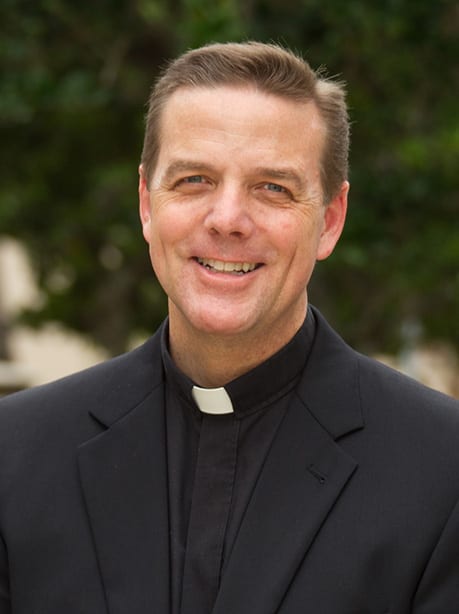 SAVANNAH DIOCESE ANNOUNCES NEW BISHOP
Father Stephen Parkes
The Very Reverend Daniel F. Firmin, Diocesan Administrator stated, “today, Pope Francis has honored the Diocese of Savannah with the gift of our 15th bishop. In his 22 years of priestly ministry, he has served in parishes, directed souls, and was a campus minister. Bishop-Elect Parkes’ Episcopal Ordination will occur at the Cathedral Basilica of St. John the Baptist, Savannah on Wednesday, September 23rd. Father Parkes is from the Orlando Diocese. His brother is also a Bishop, who has even performed confirmations in the Traditional Rite in St Petersburg Florida in February of this year for 3 parishes. Hopefully the new Bishop will also be so inclined.
Posted by Una Voce of Atlanta at 9:48 AM No comments: 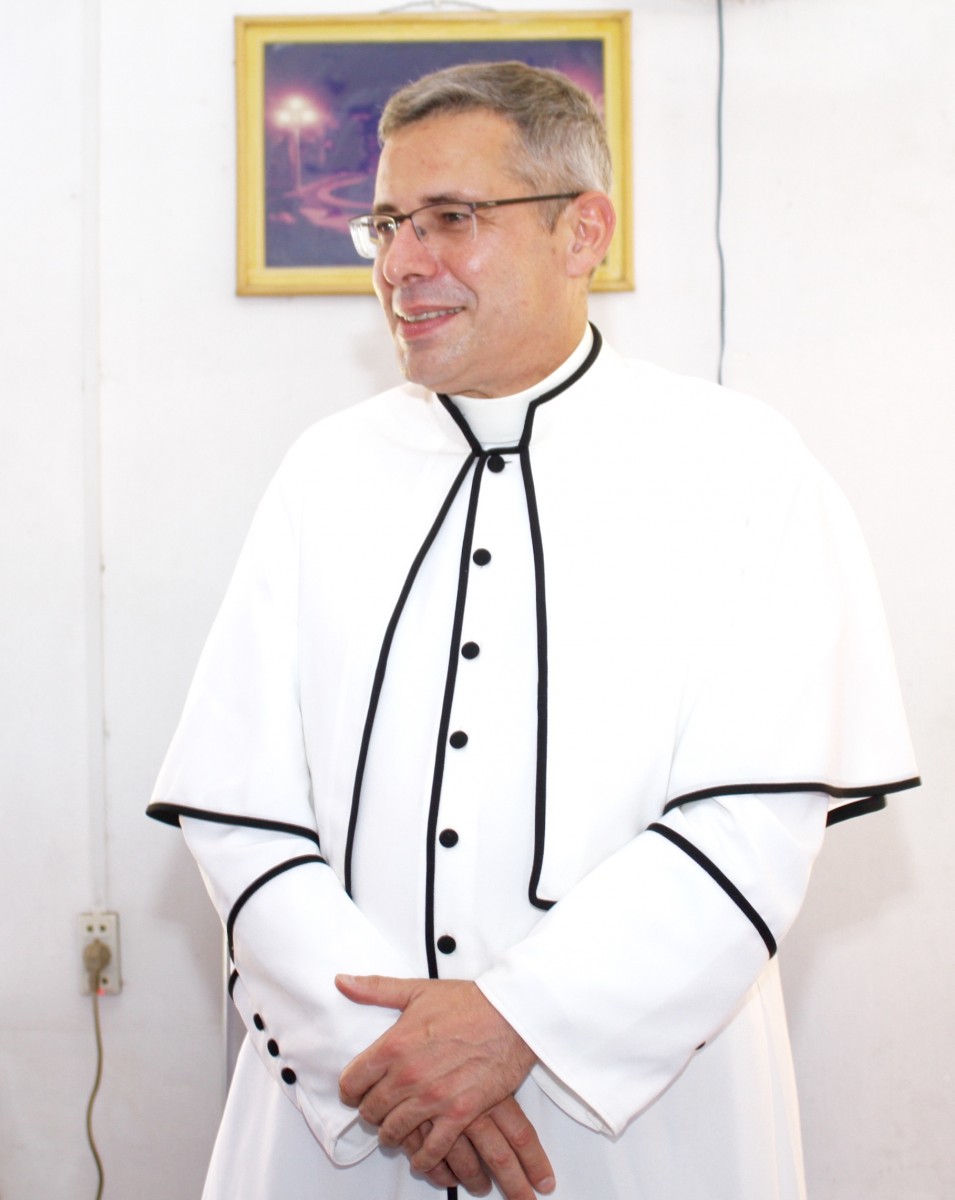 FSSP ESTABLISHING AN APOSTOLATE IN VIETNAM
French priest Father Laurent Dements with the FSSP has arrived in north Vietnam and is assigned to the former Indochina for two years to see if he can establish an FSSP apostolate in the communist country. Here is an interview on how things are going:

UPDATE:
TODAY THE FSSP HAS PUBLISHED AN UPDATE ON THE LATEST NEWS ON THE VIETNAM ASPOSTOLATE:

Though Catholics are a minority in Vietnam, Fr. Demets explained that they are a strong minority. The churches are large and beautiful, the Masses are well-attended and seminaries and religious houses are not wanting for vocations. This in itself sometimes means that people, while not opposed to the Latin Mass, are not necessarily drawn to it, but Fr. Demets is optimistic that the numbers will grow, citing the attendance at a recent pilgrimage. This past Pentecost, Fr. Demets led 70 members of the community on pilgrimage to the Shrine of Our Lady of Bãi Dâu, located on the beautiful coast southeast of Saigon. He celebrated the Mass of Pentecost at an outdoor altar adorned with tropical flowers, beneath a statue of Our Lady that looks towards the turquoise-blue sea. The Mass of the ages seemed right at home amidst the immense beauty of the place.
For a number of reasons, the Archbishop of Saigon has asked that Fr. Demets’ Masses remain private for now, but he is not opposed to Fr. Demets helping the young men in his diocese discern their vocations with the Fraternity.
And potential vocations there are. One of them is 18-year-old Thomas Nguyen, a lifelong Catholic and one of the first six members of the Confraternity of St. Peter in Vietnam. He discovered the Latin Mass as he was searching for a more reverent Mass to attend, much preferring the sacred atmosphere of the traditional liturgy. He proceeded to research orders that offered the Latin Mass, came upon the Fraternity, and began to follow various Facebook groups related to the FSSP. After a year, he rejoiced upon seeing a post that Fr. Laurent Demets was coming to Vietnam to found an apostolate.
On October 26th, 2019, Thomas attended his first Latin Mass, a sung Mass celebrated at a parish near Saigon whose pastor is an enthusiastic supporter of the Latin Mass and remembers serving it when he was young. For Thomas, it was not only his first time attending a Latin Mass, but also his first time serving it, having learned the ropes in one two-hour session from Fr. Demets.
“That was really special for me,” Thomas said. “Actually, really special because after 50 years, on the 26th of October, that was the first sung Mass, first public sung Mass celebrated in Vietnam 50 years after the Vatican II Council.”
Thomas is currently finishing his high school education and plans to pursue environmental engineering at a university in Finland. But after that, he aims to study for the priesthood at Our Lady of Guadalupe Seminary or possibly the FSSP’s European seminary in Wigratzbad, Germany.
“I really want to come back to Vietnam to serve here,” he said.
Thomas’ hopes are strong that his fledgling community will take root, expand and possibly find its own church or chapel where he can work.
Both Thomas and Fr. Demets acknowledge that projects such as these take time, potentially many years, to grow into full apostolates. But neither one seems fazed by the road ahead. They both emphasize that prayer is their greatest need, and hope that those who hear of their little apostolate will pray for its success.
“Because if Our Lord wants, we can do anything,” Thomas said.
If you feel called to support the work of FSSP Vietnam materially, your donations would be much appreciated as well. You can securely donate through the FSSP’s Mission Tradition website.
You can also follow FSSP Vietnam’s Youtube channel and Facebook page for all the latest happenings.
The task of establishing a Latin Mass community in Vietnam seems monumental, but certainly, the work has been in good hands from the very beginning. Before Fr. Demets, saints such as St. Théophane, St. Andrew Dũng-Lạc and thousands of others enlightened this land with their faith and consecrated it with their blood. No doubt they watch over it still, and over the budding community that, Deo volénte, will one day blossom into the Fraternity’s first apostolate in Asia. +