The Southern Cross (official newspaper of the Diocese of Savannah) has published a video on the Latin mass at the Cathedral. Father Daniel Firmin (the Vicar General of the Diocese) narrates the video. To watch the video click here: https://www.youtube.com/watch?v=O8M_qfzfzN4 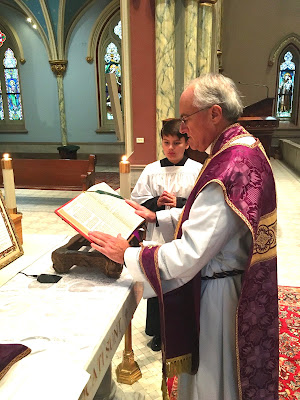 UPDATE: Following the release of the above video last week, there was a massive crowd at the Latin Mass yesterday in the Savannah Cathedral. Father Mc Donald had more than 300 communicates.

Posted by Una Voce of Atlanta at 9:53 AM