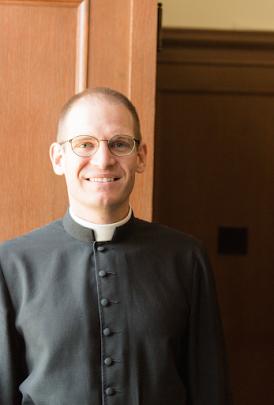 The FSSP makes its yearly priest assignments each summer and this year it will affect the parish of Saint Francis de Sales in Mableton. First, thankfully, the pastor Father Robert Dow, FSSP will remain as pastor, however the assistant pastor Father James Smith FSSP as been assigned as the new chaplain of the FSSP apostolate in Harrisburg Pennsylvania. His replacement here will be Father Andrew Rapoport, FSSP. . These changes take place next week. Father Smith may be contacted at:

A short abridged bio of Father Rapoport  from his ordination announcement.

Father Rapoport is coming to us from the FSSP apostolate in  Post Falls Idaho. He was ordained in 2018 in Omaha Nebraska. He was born in San Jose California and grew up in San Luis Obispo. He studied Auto Technology in college. At school he became involved in the Newman Center. He then learned of the promise of Our Lady of Fatima and began saying a daily rosary, assisting at daily mass and spending time before the Blessed Sacrament.  He began to feel the distant call in his heart. In 2010 one day when he was kneeling before the Blessed Sacrament he felt a sudden urge to celebrate mass. Two weeks later a friend told him that he would make a good priest. About the same time he discovered the beauty of the traditional Latin Mass and after attending a sung Mass, he was struck by its beauty and he knew this was the mass that he wanted to celebrate. In 2011 Father entered the FSSP seminary in Denton Nebraska.